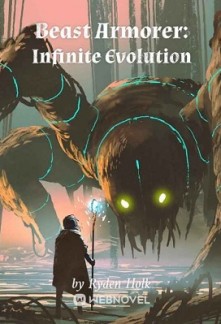 The Flame-tailed Green lion that roamed the plains, the Earth Bear that ruled the forest, the Ice Demon Wolf that trailed the snowy mountains, the Tempest Raven that soared the vast sky, and the Raging Whale the swept the ocean, these were all beasts that could be found in a world where every animal had evolved due to the wake of the Holy Light.

The only animal that did not change was the human…

In order to face the endangerment of human civilization, people began to learn how to tame the monsters and fuse with them to form armors and become stronger.

People hailed those who could fuse with monsters as Armorers.

The level and quality of the monsters that these Armorers fused with would determine how powerful they would become.

Lin Tian, who had a cheat-like system, could infinitely evolve himself and his beast. Their ranks slowly increased from common, to uncommon, to rare, to epic, to mythical, to legendary, to holy, to godly, and finally, to almighty.

A few years later, when Lin Tian fused with his beast, the world would learn of his name.